The indiscriminate launching in water bodies of domestic sewage without treatment, or even treated, but without appropriate disinfection, contributes with significant amount of organisms of the called "coliform group” that can carry specific illnesses agents propagated through the water. The application of effluent in the ground, instead of direct disposal in water courses, in addition to being an alternative way for the disposal of residues and biological control of pollutants, constitutes an adequate way of nutrients supply to the soil and plants. So, this work had as objective the evaluation of the reduction of fecal coliforms, after controlled applications of 60 days treated effluent in cultivated soil, by analyzing the increase of fluorescent rhizobacterias Pseudomonas fluorescens and Bacillus spp. present in the rhizospheres of different crops. The experiment was developed in field conditions in the Experimental Farm of Department of Agrarian Sciences of the University of Taubaté, municipality of Taubaté, SP. The Experimental design consisted of random blocks, with five treatments including annual crops (Oats, Barley, Triticale - a cross between wheat and rye, Black Beans and non-cultivated soil as witness - blank reference) and four repetitions, totalizing 20 ground plots with area of 2 m x 1 m with 50 cm space among plots on a Dystrophic Red-Yellow Latossol. Results from the microbial analyses of rhizosphere and non-rhizosphere soil indicated that the rhizosphere of oats had denser rhizobacterias than the other crops. However, the greatest efficiency was found in the reduction of thermo-tolerant coliforms for both black beans and non-cultivated soil. 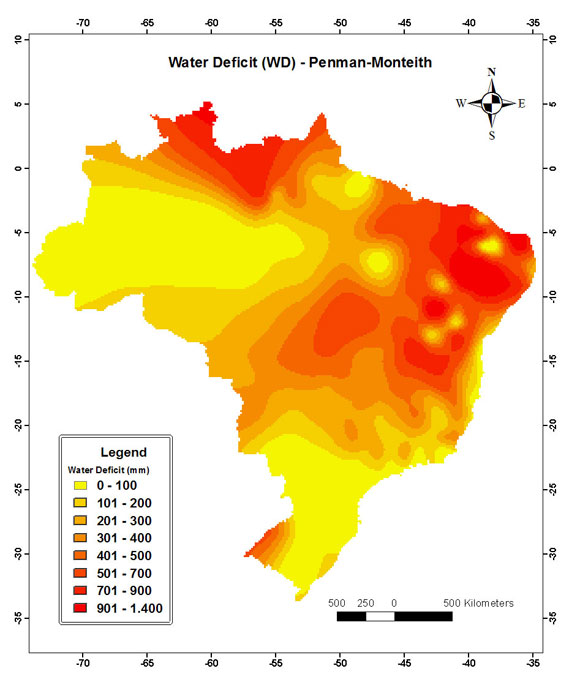