Little is known about the ability of stabilized organic matter (old MSW) and construction waste (RCC) to retain heavy metals from leachate generated in landfills. The objective of this study was to assess the potential of MSW to remove old heavy metals in MSW leachate produced by freshly collected, and the effect of RCC in the concentration of heavy metals in effluents from MSW old. In three columns (CR), put a layer of RCC and then MSW old and, on the other three (SR), only MSW old. Analyzed in the leachate and effluent pH, EC, BOD and metals Zn, Cd, Cu and Pb. There were similar and efficient removal of BOD and heavy metals in both treatments. The presence of the layer of RCC was considered important to the overall improvement in effluent quality, but did not influence the concentration of metals in the effluent. The order of retention of metals in the columns was: Cu ~ Pb> Cd> Zn. With the exception of Cd and Zn, all other variables assessed in the effluent were below the maximum standards set in DN 01.08 COPAM / CERH for release effluent into water bodies. 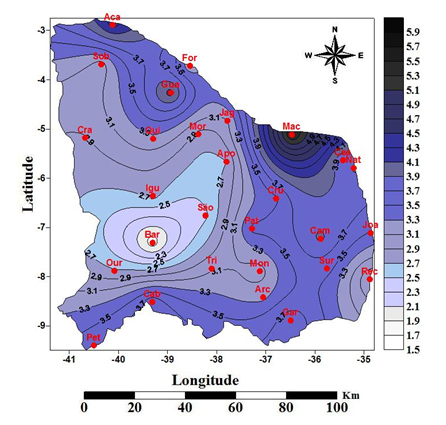