The cytotoxic and genotoxic potential of the raw (EB) and treated (ET) effluents of two textile mills located in south of Minas Gerais State that have their effluents treated at the same Effluent Treatment Plant was investigated using the Allium cepa test system. Cytotoxicity was evaluated by the root elongation and mitotic index (MI) endpoints and the genotoxicity was assessed by de determination of chromosome aberrations (CA).The effluent samples were tested at the concentrations 0 (ultrapure water), 25, 50, 75, and 100 % (v/v). A Completely Randomized Design with four replicates of 30 seeds was used. The effluent samples in almost all tested concentrations promoted an increase in root elongation compared to the negative control and this effect was probably related to nutrients levels and organic matter in effluent samples. A lower MI at all concentrations of ET compared to EB. The highest MI was observed at 100% (v/v) concentration of both effluents. The highest rates of CA occurred at concentrations 75% (v/v) of EB and 100% (v/v) of both effluents. The effluent samples showed no cytotoxic effect, but cell division occurred disorderly, leading to increase rate of AC, revealing a genetoxic effect. Improvements in the wastewater treatment are needed to reduce environmental impacts. 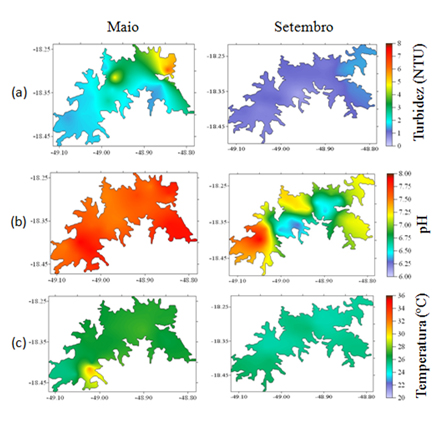