Assessing the spatial and temporal water quality in the sub-basin of the Poxim river, Sergipe state, Brazil

The dynamics of the land use and cover in the Poxim river basin, in Sergipe, Brazil, is a determinant factor for reducing the superficial water quality. This study aimed to identify aspects of water quality related to the land use and cover in four different monitoring stations, in the rainy and dry season. The monitored parameters were pH, DO, BOD, COD, turbidity, total dissolved solids (TDS), total phosphorus, ammonia, nitrite and nitrate, between July 2009 and June 2010. Water samples were collected at four monitoring stations (E1, in the Poxim-Mirim River; E2, in the Poxim-Açu River; E3, in the main river, near the confluence of the two tributaries; and E4, at the Sanitation Company of Sergipe State water supply intake) and analyzed at the Laboratory of Analytical Chemistry of the Federal University of Sergipe State. The results were compared with Brazilian standards for fresh water quality (Class 2), according to CONAMA Resolution nº 357/2005. BOD and COD showed a higher input of organic matter in the monitoring station E3. OD values were critical in all four stations. The nutrients nitrogen and phosphorus had higher concentrations at stations E1 and E2 (upper basin, with agricultural practices). In the lower basin, there is a considerable deterioration of water quality, possibly due to the urbanization process. The studied parameters indicate the low quality of water in the Poxim River basin and the need to adopt appropriate mitigation measures.

Anderson Nascimento do Vasco, Universidade Federal de Sergipe - UFS
He graduated in Agricultural Engineering from Universidade Federal de Sergipe (2008), Master in Agronomy (Agroecosystems), Federal University of Sergipe (2011). PhD in Progress in Development and Environment - Prodema. He has experience in water resources and environmental issues, focusing mainly on the following topics: water quality, qualitative and quantitative analysis of water resource systems and environmental modeling.
Fábio Brandão Britto, Instituto Federal de Ciência e Tecnologia de Sergipe - IFS
holds a Master of Agroecosystems in the UFS and specialization in Occupational Safety Engineering, Federal University of Sergipe (1997). He is currently a professor at the Federal Institute of Education, Science and Technology of Sergipe and Course Coordinator of Work Safety of the Federal Institute of Education, Science and Technology of Sergipe.
Ana Paula Sousa Pereira, Universidade Federal de Sergipe - UFS
Graduated in Biological Sciences (2008) University of Bahia. MSc in Agroecosystem Federal University of Sergipe. It operates in Ecology, Biodiversity and Conservation. He is currently developing a project that focuses on monitoring the water quality of the sub-basin of the river Poxim - SE
Arisvaldo Vieira Méllo Júnior, Universidade de São Paulo - USP
He graduated in Agricultural Engineering from Universidade Federal de Lavras (1989), Master of Agriculture (Irrigation and Drainage) from Universidade Estadual Paulista Julio de Mesquita Filho (1992) and Ph.D. in Civil Engineering (Water Resources Engineering) from the Polytechnic University of Sao Paulo (1996). He was Associate Professor at the Universidade Federal de Sergipe (2006-2010) and is currently Professor RDIDP Polytechnic School of the University of São Paulo. Has experience in water resources engineering and environmental engineering, focusing mainly on the following topics: hydrologic modeling system, decision support, planning and management of water resources, watershed management, water allocation, water quality and analysis water resources systems.
Carlos Alexandre Borges Garcia, Universidade Federal de Sergipe - UFS
Carlos Alexandre Borges Garcia completed his doctorate in chemistry from State University of Campinas in 1997. He is currently Associate Professor I, Federal University of Sergipe. He has published 18 articles in professional journals and 148 papers in conference proceedings. It has six items of technical production. He participated in 45 events in Brazil. 3 dissertations directed and co-directed one, and has directed 20 works of scientific initiation and a completion of course work in the areas of Chemistry, Agricultural Engineering and Agronomy. Between 2001 and 2006 participated in three research projects, and coordinated two of these. Currently participates in three research projects, one being that these coordinates. Works in the field of chemistry, with emphasis on Electroanalysis. In his professional activities interacted with 121 employees in co-authorship of scientific papers. In his Lattes the most frequent terms in the context of scientific, technological and artistic-cultural are: Heavy metals, Sediments, Produced Water, ion-selective electrode, EVA, Eutrophication, Chromium, Tannery, EAA and Speciation.
Luis Carlos Nogueira, Embrapa cacais e Planíceis Inundáveis
Graduated in Agronomy, Federal University of Espirito Santo (1983), MSc in Irrigation and Drainage, Federal University of Ceará (1987) and Ph.D. in Agricultural and Biological Engineering, University of Florida (2005). He is currently a researcher of the Embrapa Coastal Tablelands. Experience and interest in research, development and innovation in the areas of Agricultural and Biological Sciences, focused mainly on issues for renewable energy, water management, water quality, micro-irrigation, sprinkler, automation and evaluation of irrigation systems, identification and growth plants, studies of agroforestry systems and new crop potential uses for ornamental, medicinal and industrial uses. He has international experience in the United States, Spain and Israel. 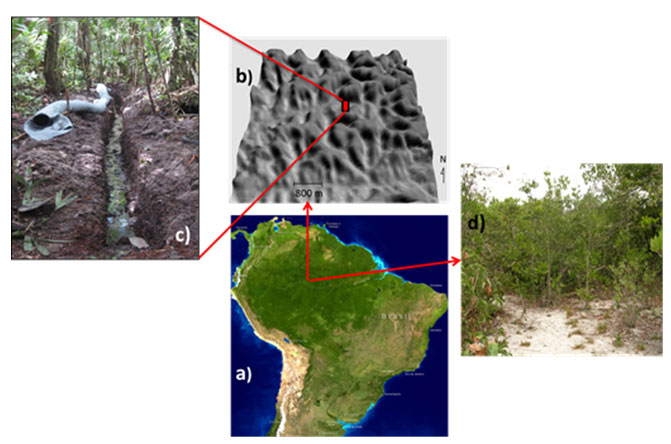