Fertigation with wastewaters is a great option for reuse of effluents in agriculture. Domestic effluent can be reused after primary treatment, reducing treatment costs and pollution, also providing water and nutrients to crops. This work aimed to quantify the nutrients income in coffee crop fertigated with domestic sewage. Five treatments were used. T1 received only clean water, and treatments T2, T3, T4 e T5 received 180, 350, 480 and 638 mm of sewage, respectively, during four months. Monthly soil analyses allowed to quantify nutrient inputs of 67.45 kg ha-1 of N, 81.89 kg ha-1 of P, 33.34 kg ha-1 of K+, 173.24 kg ha-1 of Ca2+, 49.18 kg ha-1 of Mg2+, 161.56 kg ha-1 of Na+ and 116.19 kg ha-1 of S. Even though the treatments promoted reductions in fertilization and liming, it was still necessary to complement fertilization of coffee crop fertigated with domestic sewage. 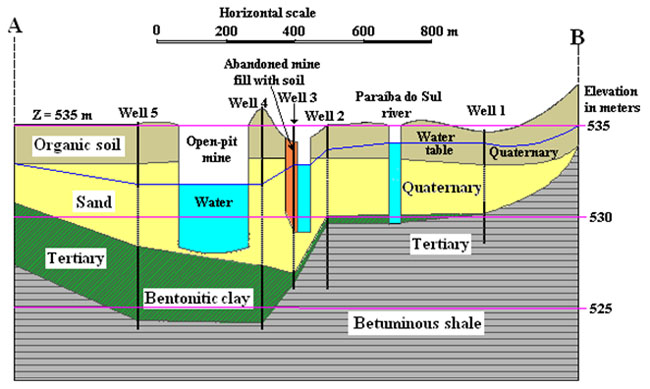