This research evaluates the removal of nutrients by microalgae in different photoperiod cycles, combined with constructed wetland in the wastewater treatment plant of the University of Santa Cruz do Sul, RS, Brazil. The treatment used took place between July and December 2018 and consisted of the following steps: preliminary treatment, secondary treatment with an anaerobic reactor, microalgae tank (MT), sand filter and constructed wetland, using the macrophyte Chrysopogon zizanioides. In the microalgae tank, three light cycles were considered: 12h/12h, 24h and 18h/06h, whose lighting was powered by a white LED lamp of 9 Watts and 6000 Kelvin, regulated by a light controller. The results indicated that there were no significant differences (p>0.05) between the values of soluble phosphorus, ammoniacal nitrogen, COD and BOD for MT comparing the three photoperiod cycles (12h/12h, 24h and 18h/06h). However, the system setup removed 100% of total coliforms, E. coli and TSS in the three light cycles. Regarding the removal of nutrients and organic matter, the light cycle with the best performance was the 24-hour cycle, considering a removal of 67.6% for soluble phosphorus, 94.0% for ammoniacal nitrogen, 63.7% for COD and 42, 7% for BOD, at the end of the treatment process. These results demonstrate that the use of microalgae in combination with constructed wetland has greater efficiency in the removal of nutrients, mainly phosphorus and nitrogen, in addition to reducing physical-chemical parameters and eliminating effluent toxicity. 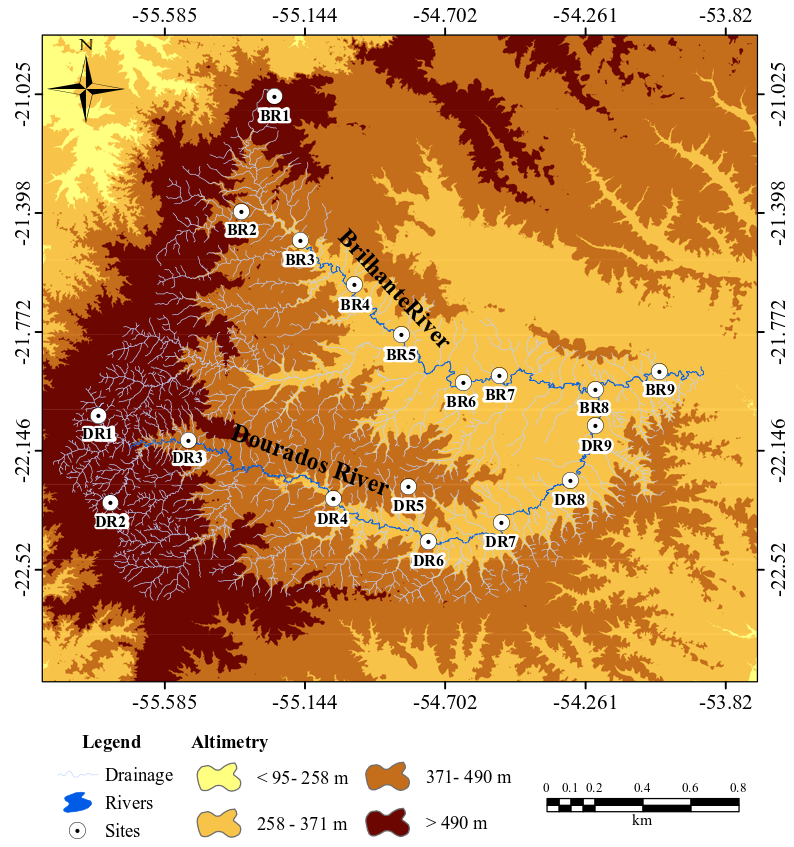