Analysis of fire risk in the Amazon: a systematic review

Fires such as those that occurred in 2019 in the Amazon are examples of the intensification of these events in recent years and contradict the claim that forest fires only reach great proportions in years of extreme drought. This is a worrying scenario, as the Amazon Rainforest plays an important role in regional and global climate regulation. This study therefore sought to identify the methodologies used to describe and predict fire events in the Brazilian Amazon. For this, a systematic literature review was carried out in the open access databases Scientific Electronic Library Online (SciELO) and Directory of Open Access Journals (DOAJ) using the descriptors “fire risk” and “Amazon”, and their variants in the Portuguese language and the logical operator “AND” in the search. From the resulting search materia we identified the use of predictive models based on projections for climate change developed by the Intergovernmental Panel on Climate Change (IPCC), which indicate a substantial increase in the probability of fires. Another technique used is the crossing of heat foci data with the forms of land use, evidencing the areas that burn the most and when, as well as the most susceptible areas. There were also studies analyzing the performance of fire risk indexes, demonstrating those that could be used after adaptations to local characteristics. These results allow an understanding of the behavior of fire in the Amazon, since they provide a broad view of how studies on fires have been conducted and what techniques have been used. 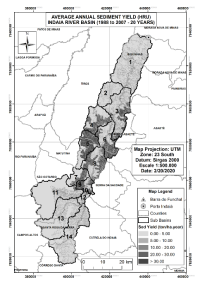