Potentially toxic metals in lotic systems with aptitude for aquaculture at the watershed Mantaro River, Peru

The objective of the study was to analyze the concentration of Cu, Zn, Fe, Pb and As in river water suitable for aquaculture in the watershed of the Mantaro River using multivariate statistical methods, during the period 2011-2013. The determinations of total heavy metals in water collected during two different climatic periods were performed by atomic absorption spectrophotometry, according to the methodology recommended by FAO. The results obtained show that, in the seven rivers evaluated, the average concentration of Pb, Fe and Cu exceeded the quality standards of Peru's continental water for the extraction and cultivation of hydrobiological species and USEPA standards for the protection of fish and aquatic life. The average concentration of Zn only exceeded USEPA standards. While the concentrations of Pb and Cu also surpassed those of the WHO. The cluster analysis suggests that the evaluated rivers, in which fish farming activity is intensively developed, have similar characteristics in relation to the concentration of heavy metals. According to the analysis of main components, in Component 1, there are moderate loads for arsenic; in Component 2, there is a strong load for zinc and relatively low loads for iron; and, in Component 3, there is a moderate load for iron. The discriminant analysis revealed that two of the five variables were significant predictors of the season; in this case, copper and lead were sufficient to discriminate the variables between the rainy or dry season. 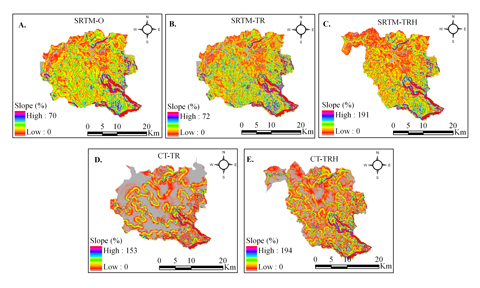